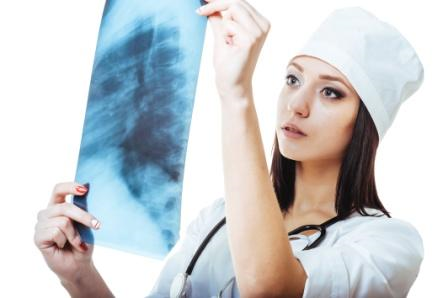 The main focus of this case-based review is the analysis of the retrosternal clear space (RCS) and the diagnosis of pulmonary fibrosis on a chest radiograph.

The retrosternal clear space (RCS) is a lucent area on the lateral chest radiograph located directly behind the sternum. The two types of pathology classically addressed in the RCS are anterior mediastinal masses and emphysema. Diseases of the pulmonary interstitium are a third type of pathology that can be seen in the RCS. Retrosternal reticular opacities, known as Kerley D lines, were initially described in the setting of interstitial oedema. Pulmonary fibrosis is another aetiology of Kerley D lines, which may be more easily identified in the RCS than elsewhere on the chest radiograph.